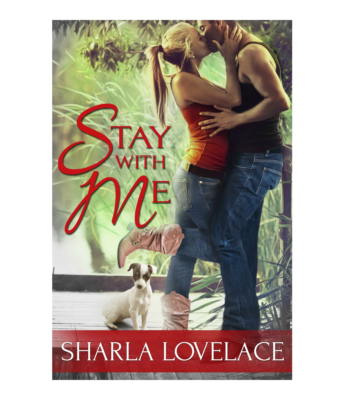 Stay With Me
Where to Purchase:

Ian McMasters and I were like gasoline and fire. Chemistry I could feel from a mile away, and more addictive than any drug. Together, we were explosive.

Ian was the wild boy every girl dreams of, a renegade who thrived on breaking the law and setting Savi’s body on fire. It was all fun and games and hot excitement, no strings attached, until the one day he got serious—and then disappeared without a trace.

Savi has spent the ten years since committing herself to her work, her daughter, and to not thinking about Ian—or love. Just when it’s possible she might have found the one man who can change her mind, Ian pulls into town, bringing with him all of the lust, danger, and excitement Savi remembers.

As Ian stirs up old feelings and draws Savi back into memories and passion she’s too weak to fight, he’s also digging up dirt on the man Savi is falling for, doing everything he can to prove that Duncan is not who he seems to be. And Savi, unsure whether she can trust either man, will be forced to decide between rekindling a love that never really burned out and building a new one that looks ready to catch fire.