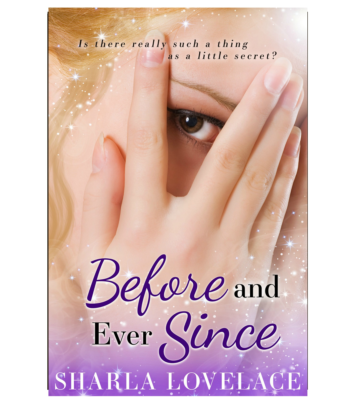 Before and Ever Since (rerelease)
Where to Purchase:

His fingers trailed down my cheeks as he met my eyes with an expression so full of heat it could have self-ignited.

Emily Lockwood has been sitting on a secret for so long, and buried so deep that she really doesn’t even think of it anymore. Why should she? She has a successful career, an ex-husband who rarely tests her patience, a mother who usually does, and a stubbornly independent grown daughter. Everything is fine, just another crazy kind of normal.

Until Ben Landry comes back to town.  The one person that could change it all.  From best friends growing up, to young adults who realize their love in a night of crazy passion, Ben and Emily had an unbreakable bond. Or so she thought. When he then disappeared without explanation for over twenty years, she’d had to pick herself up and accept otherwise. Seeing Ben back again now triggers more than mere memories and a tug at her heart. It rips the cover off an old secret that could hurt the people she loves the most.

While Emily works to keep her secret safe and her heart safer, her sanity gets a reality check.  She’s been seeing things—her past played out like home movies unreeling before her eyes, visions that are making Emily see herself, her family, everyone she knew, and every choice she made, in a revealing new light and a startling new angle. For Emily, seeing her life in rewind makes her realize she has hard choices to make for her future.  Choices that may redefine everyone else’s future as well.