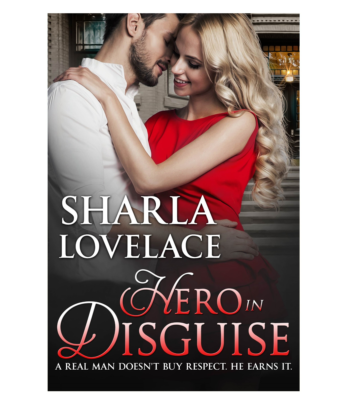 Hero In Disguise (A Novella)
Currently being edited and revamped, check back for future purchase links!

“I didn’t invite you into my mouth,” Harper said, her breathing unsteady.

“Neither did I,” Jake said. “But I didn’t see either of us putting up much of a fight.”

A real man doesn’t buy respect.  He earns it.

Billionaire Jake Jericho has it all, except for the one thing he wants–something real. Twice in his life he’s found that. Once as a delinquent teenager when he was sent to work on a ranch, then later in the arms of Harper Haley, the only girl he ever loved. One helped shape him. The other he had to leave behind.Harper learned the hard way that trusting Jake only leads to heartbreak, and twelve years later she’s structured her life with a singular focus–to keep running the coffee shop started by her late mother. But now a giant development firm run by Jake’s father wants to level the waterfront neighborhood she calls home, and her shop is on the chopping block.Forced to turn to Jake for help after all these years, Harper will have to risk everything to save the one dream she has left, and Jake will have to prove he can be the man he never was to save the only woman he’s ever loved.This novella first appeared as part of the Heartbreakers and Heroes boxed set.
Sharla Lovelace © 2017